Bho Sgaile Suaineabhal a monologue written by Uig writer Eric J MacDonald was performed in Gaelic and in English as Cucumber Sandwich during 2013-2015.

The Gaelic version was filmed in November 2015 and will be available on youtube very soon thanks to Bord na Gaidhlig funding.

“Toffs. Well…that’s what we called them “A death by drowning at a sporting lodge on the Isle of Lewis. But was it really an accident? A farewell kiss on the cheek. Or was it something more? A 16 year old girl learns some harsh lessons about Life…and Love during a long hot summer in 1962. 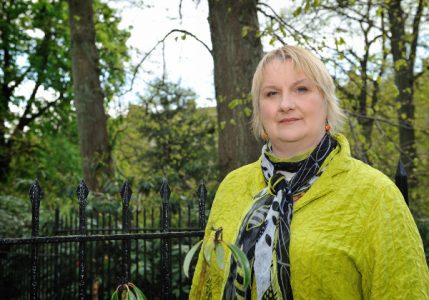 My name is Magaidh Smith , Gaelic tutor, tourguide, actress and cultural educator. I live on the Isle of Lewis in the Outer Hebrides of Scotland, UK.